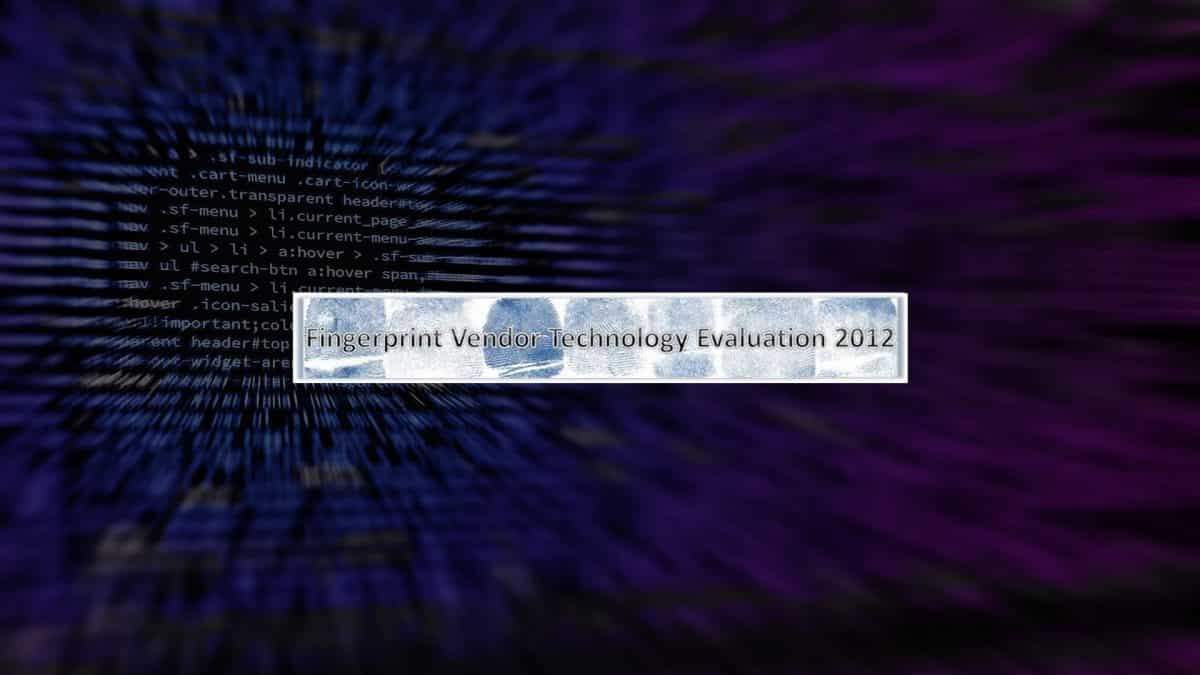 FpVTE 2012 is the latest and the largest independent evaluation of fingerprint identification technologies conducted by the National Institute of Standards and Technology (NIST). The evaluation used operational fingerprints datasets which contained several million subjects and tested one-to-many identification scenarios with finger combinations varying from single finger to ten fingers.

The Class A image dataset consisted of live-scan single finger captures of the left and right index fingers.

The results show that a system built using MegaMatcher SDK and MegaMatcher Accelerator may achieve one of the fastest matching speeds with good accuracy at the same time.

The Class B image dataset consisted of live-scan identification flat fingerprints, which captured left and right four-finger slaps and both thumbs simultaneously.

Neurotechnology’s submissions are E1 and E2. Six more submissions from vendors F, H, and M are not visualized because their accuracy was significantly worse than others and out of the image graph scope.

The results show how a system built using MegaMatcher SDK and MegaMatcher Accelerator may be tuned to achieve faster speeds in all the tests while still maintaining better accuracy compared to the second fastest algorithm. The same system may also be tuned for accuracy resulting as the 4th most accurate algorithm among all participating companies.

The Class C image dataset consisted of a mix of live-scan and rescanned ink paper scans as a traditional 14 print card / record. This class was the most difficult for several reasons. 5,000,000 tenprints were enrolled into the gallery and identification results were expected to be reported in 90 seconds, as in Class B. Images are more difficult to process than plain fingerprints from scanners and also it could contain rolled fingerprints which usually have triple the number of minutiae compared to plain fingerprints.

The results show how a system built using MegaMatcher SDK and MegaMatcher Accelerator may achieve faster speeds than others, being four times more accurate than the second fastest algorithm.

* Results shown from the NIST FpVTE 2012 do not constitute an endorsement of any particular system by the government.