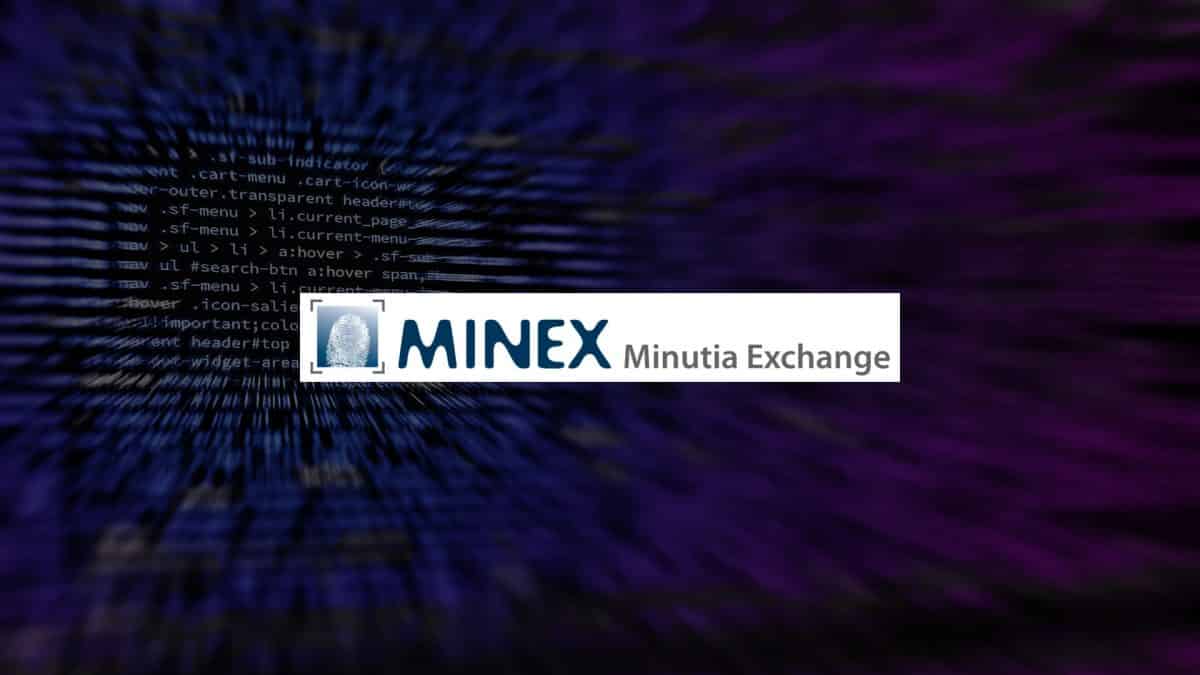 These comments provided by Neurotechnology are based on NIST MINEX III results published on July 31, 2019.

The MINEX III evaluation is a NIST SP 800-76-2 Biometric Specifications for Personal Identity Verification (PIV) U.S. Government program compliance evaluation. It is a successor to the discontinued MINEX Ongoing program.

In 2015 Neurotechnology’s MegaMatcher algorithm was the first to successfully pass the Minutiae Interoperability Exchange (MINEX) III NIST third-party evaluation, demonstrating its compliance with the state-of-the-art standards as well as its interoperability with other vendors’ biometric software. In 2017 our algorithm for PC and mobile platforms submission was ranked as the top interoperable matcher and the fourth most accurate native template matcher among all MINEX III compliant matchers. In March 30, 2018 a significant breakthrough in reliability was achieved by successor MegaMatcher submission. It was ranked as:

Continuous development of fingerprint recognition algorithms by other vendors, as well as expansion and variation of different provider software entries within MINEX III evaluation pool diverted to progressive enhancement of the Neurotechnology’s software to assure top level ranking in the leaderboard. The latest submission of the fingerprint recognition technology for use on PC and mobile platforms evaluated in July, 2019 showed another systematic improvement and regain of the leader position across extended rotatory vendor set. The submission was ranked as:

Starting from 2015 Neurotechnology’s biometric software has constantly demonstrated its compliance with the most recent PIV profile 2nd revision interoperability, native accuracy and ANSI INCITS 378 standards compliance requirements. These were verified by NIST on a significantly enlarged data set (compared to the discontinued MINEX Ongoing program) by generating approximately 2 million single finger templates and performing approximately 3 million single-finger matching operations per submission. The tables below show the accuracy results for these algorithm submissions: 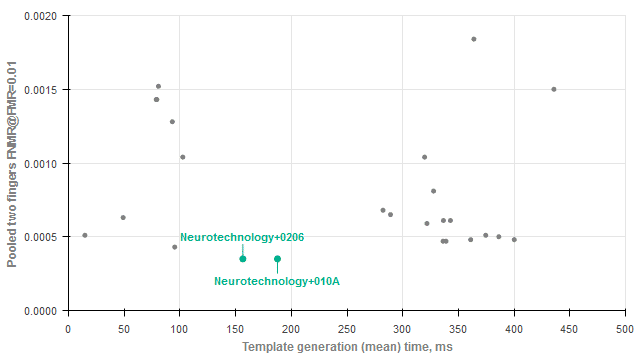 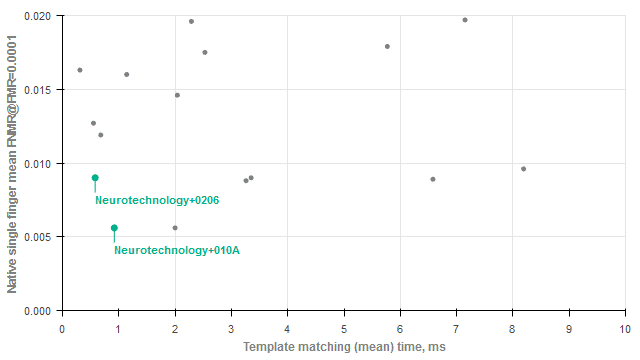 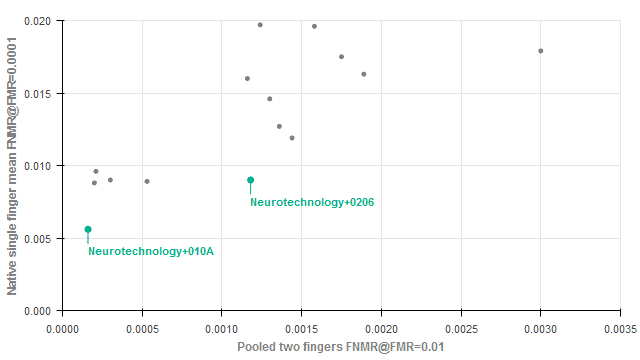 The Neurotechnology+010A template generator and matcher pair has also been evaluated as the top interoperability and accuracy software submission for PIV Level 1 pooled, two-finger and PIV Level 2 native, single-finger matcher criteria respectively. Neurotechnology’s submission was ranked as the top reliability fingerprint recognition solution among all 16 generator and matcher pair submissions from 11 vendors tested with 18 different vendor template generators’ pool. It outperforms the equivalent PIV criteria grades competitor’s submission in terms of both mean template generation and matching speed by more than 2 times each.

The submission has consolidated top ranked outstanding interoperability of the template generator also demonstrated by the predecessor breakthrough Neurotechnology+0108 submission, but at more than 2 times improved template creation time. Since 2018 this positions the leading template generator Neurotechnology+0206 as the second fastest vendor among the top 10 most interoperable MINEX III compliant generators leaderboard reported by NIST, while outperforming remaining vendors in top 10 leaderboard algorithms by at least 1.23 times at pooled two-finger PIV Level 1 criteria.

Results shown from the Minutiae Interoperability Exchange III (MINEX III) test do not constitute endorsement of any particular system by the U.S. Government.